Position: Senior Advisor to the Secretary of Defense for Diversity and Inclusion

In the Chinese People’s Liberation Army a commissar is a party official integrated into the command structure of a unit. He is charged with ensuring that all members of the unit including its commander tow the party line and adhere to the prescribed orthodoxy. No deviation from the approved ideology is tolerated.

We have a commissar for the Department of Defense now too. His name is Bishop Garrison.

Garrison is now Senior Advisor to the Secretary of Defense for Diversity and Inclusion.  He runs the Countering Extremism Working Group. His job is to hunt down and presumably remove from the service anyone defined as an extremist. In Garrison’s world, that means anyone who opposes critical race theory and the notion that the United States is an inherently racist nation. 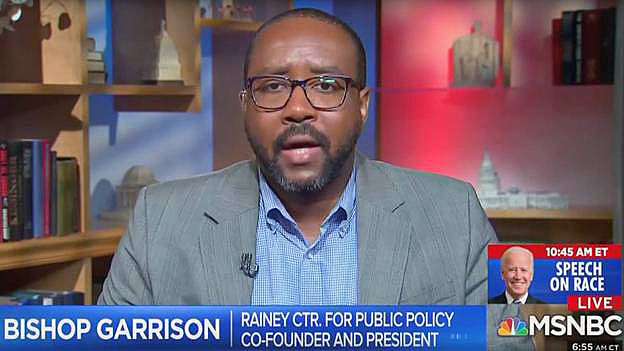 It is not hard to sort out where Garrison stands on the issue of racism in the United States. He comments openly with great frequency, making clear that he is determined to wage war on the enemy, white America. His particular obsession? Anyone who supports or has ever supported Donald Trump.

The Pentagon issued a formal memo on April 9th 2021 describing its “Immediate Actions to Counter Extremism.” This memo established the Countering Extremism Working Group (“CEWG”) to develop and implement all “Counter Extremism” policies at the Pentagon.[i]

The CEWG now functions as the thought police for all DOD personnel.  To assist the CEWG in its duties Garrison is preparing to retain the services of Babel Street.  Babel Street is a private firm, which uses its proprietary capabilities to search the Internet for “extremist and concerning behavior”.  One of its newest capabilities includes the use of Artificial Intelligence not simply to determine what behavior people are exhibiting now but to predict what they will do in the future. Like something out of a science fiction film Babel Street will now brand you guilty before you have even done anything.[ii]

One of the groups Garrison is hunting for is defined as “Patriot” extremism. According to a leaked DARPA memo this is defined as follows:

“Patriot Extremism” it should be noted is  distinct from “White supremacy,” which DARPA maintains as a wholly separate category.

Bishop Garrison is an ardent advocate of the so-called “1619 Project.” In August 2019, he instructed his followers to stop whatever they were doing and read 1619‘s 100-page spread in the Sunday Times immediately.

Recall that the “1619” in the 1619 Project refers to the year in which the first slaves arrived at the British Colonies. Conceived by the New York Times’s Nikole Hannah Jones, the 1619 is an overtly racist, historically inaccurate revision of American history in a manner consistent with critical race theory. The 1619 Project’s central thesis is that the United States is an evil, inherently racist nation. [iii][iv]

Hannah-Jones herself has been conclusively demonstrated to be an avowed racist. In 1995 she  wrote a letter to the editor in Notre Dame’s The Observer stating that “the white race is the biggest murderer, rapist, pillager, and thief of the modern world.”[v][vi]

“[The whites] lasting monument was the destruction and enslavement of two races of people,” Hannah-Jones wrote.Hannah-Jones claimed Africans arrived in North America long before Europeans, but that unlike Europeans, Africans befriended and traded with the indigenous people. She also claimed pyramids in Mexico were a symbol of said friendship.

Garrison has been quite clear about his complete acceptance of all the corps principles of the 1619 Project. Writing in August 2019 he said:

“The country’s horrific history on race and its continued refusal to engage these problems head-on has exacerbated the issue to the point of violent crisis…We will continue to face the nation-ending threat of white supremacy and white nationalist extremism unless we invest in Combating Violent Extremism (CVE) programs, which this administration has cut, and find the courage to have honest-to-God difficult, uncomfortable conversations in our homes and communities about our history of race and privilege in America and how it has shaped our lives today.”

“While pundits clutch pearls and attempt to convince us that the 1619 Project is a lie, that it’s really white society under attack, and that we’re in a post-racial society because we once had a black man as president, more radicalized white supremacists will shoot up schools, markets stores and places of worship to assert their ideology.”[ix]

When Secretary of State Mike Pompeo made a speech denouncing 1619 for thehistorical anti-American poison that it is, Bishop Garrison labeled Pompeo’s criticisms not merely a different opinion, but “dangerous”.

At the height of the George Floyd riots in June 2020, Garrison penned an opinion piece explicitly calling on the National Security Community in the United States to take sides politically in domestic issues and to “cut out” the “cancer” of racism.[x]

“The United States faces a historic moment that provides an opportunity for the national security community to both discuss and act on the issues of races and extremism….The racism that threatens lives and security will not magically vanish. It will not draw back or resolve itself. It must be cut out like the cancer it has been for so long. The national security community can strengthen the nation of which it is a part by being not just an ally of those who want change, but also an active participant in this dialogue and effort. The battles for the security and moral authority of the United States are intrinsically linked.”

This is an argument for involving the entire American national security apparatus in domestic political issues and to take direct action against all those perceived as extremists. Those extremists are defined explicitly as the supporters of former President Trump and all those who oppose the new orthodoxy, critical race theory.

In fact, Garrison has been very clear that any and all in the defense and veteran communities who refuse to take sides and line up with him are, in effect, with the enemy. There is no room for neutrality in this ideological war, a war, which for the first time in history will be fought inside our military. 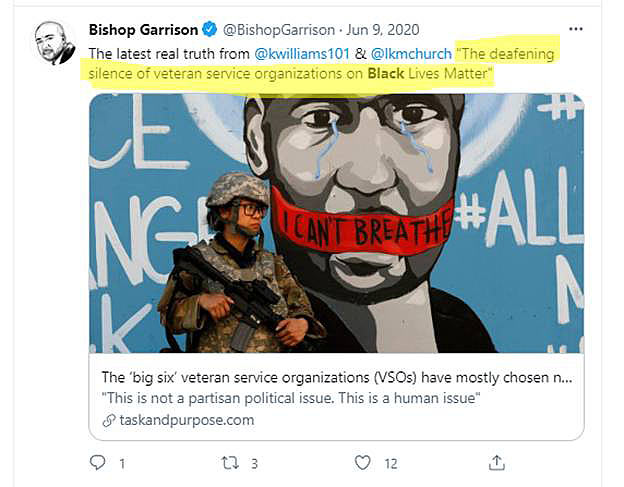 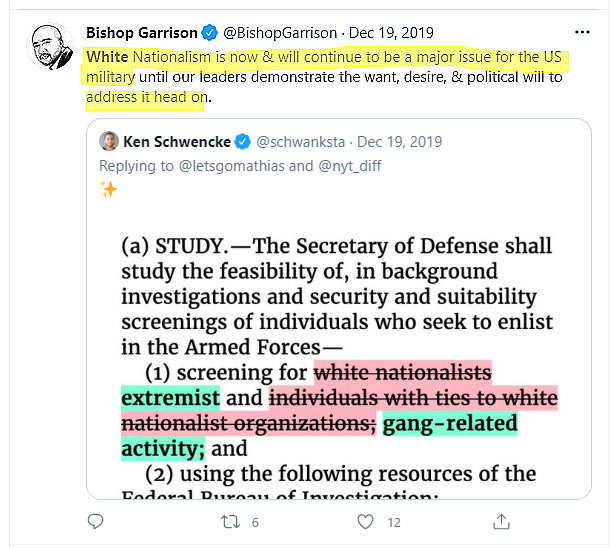 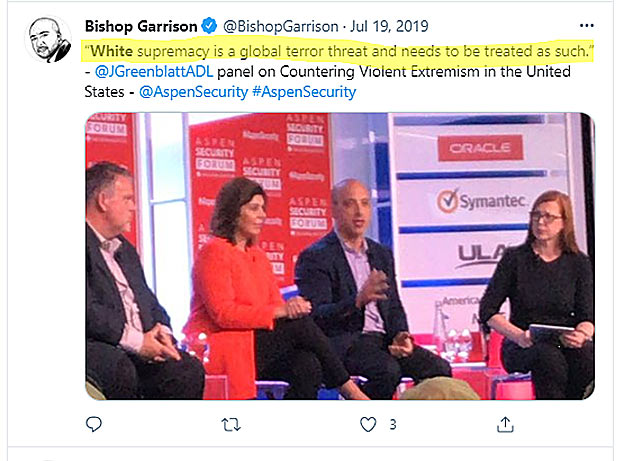 Cotton expertly leads her into the trap, getting her on record that every single human being is racist, no exceptions. Then he hits her with the question that every person pushing critical race theory should be asked – so who, exactly, are you racist against?

Is Stacey Abrams the Most Influential Socialist in the South?